Don’t have time to go through the 80 page Goldman Sachs “Music in the Air” report. Don’t worry we have summarised the main points for you here in a 4 minute read. 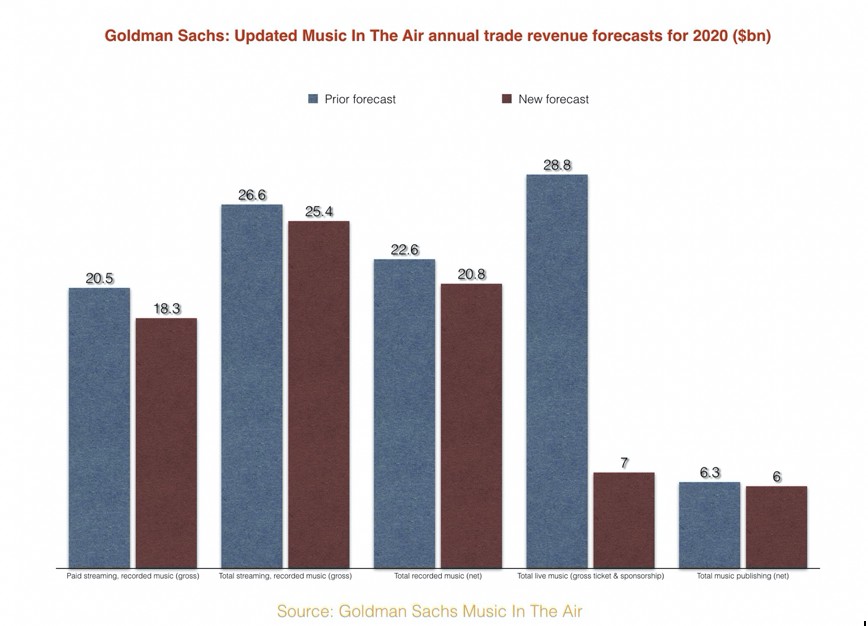 Paid subscribers have been revised up increasing from a prior forecast of 397m to 416m. That 416m figure in turn represents a jump of 75m on the official tally of music streaming subs seen in 2019 (341m). 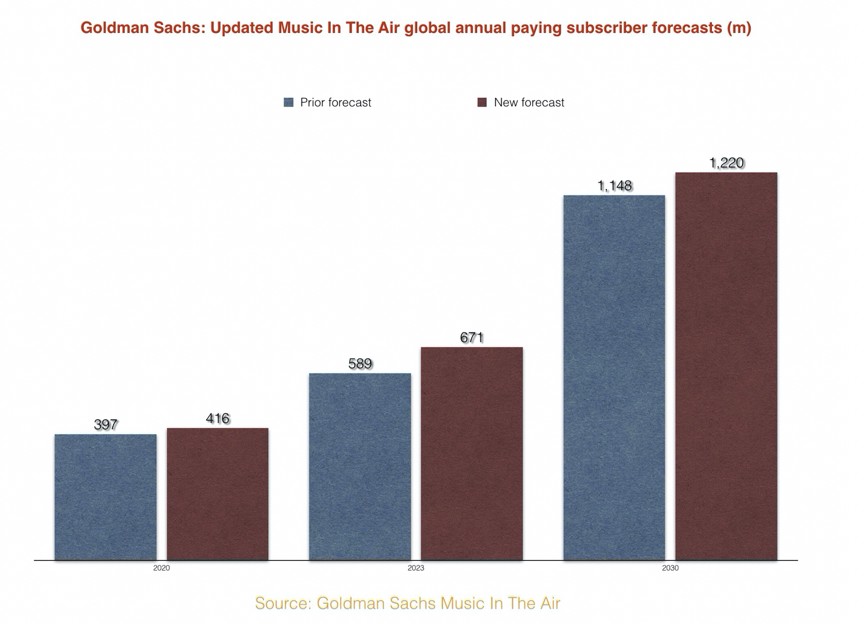 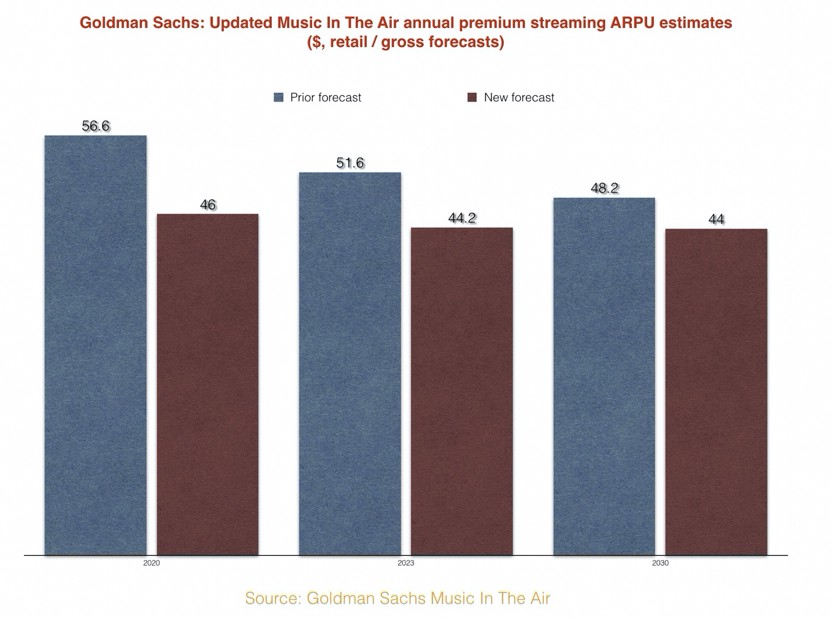 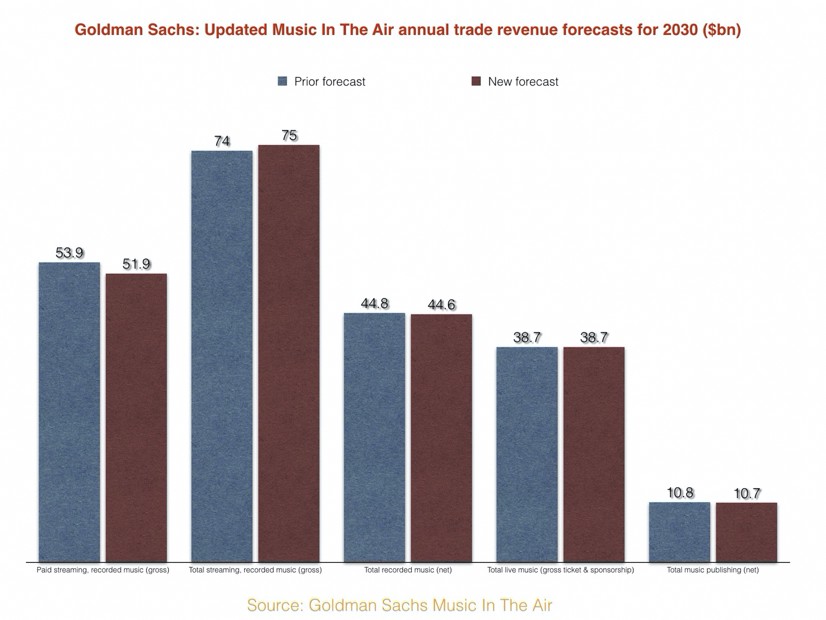